“Any sufficiently advanced technology is indistinguishable from magic” A. Clarke

I have been passionate about pattern, tessellation and fractal for long time. Their persistence in nature and later in technology is inspiring.  With great pleasure I found“Dataisnature : Interrelationships between natural processes, computational systems and procedural-based art practices “ an inexhaustible source of knowledge and references. I myself had the opportunity to touch different fields of research, confronting similar and redundant patterns across different disciplines. In my daily reading I was intrigued to discover that certain population use recursive textile patterns to record and hand down music and myths.

In other fields such Cymatics (κῦμα “wave”) or in so called (Ernst) Chladni patterns, such figures emerge by the interaction between matter and sound waves, following the resonance frequency  of the perturbation.

In technology and electrical engineering fractal and similar patterns have been used to embed larger antenna system within smaller surface. We find “antenna array” able to capture radio frequency, power, and signal present in every small tech device we carry around, from radio to peacemaker, from phones to portable music player. 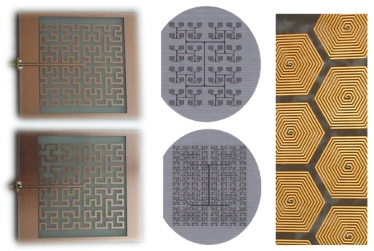 When those same patters converge within unique embedded system, technology cross lines between art, physics, maths, biology. It is difficult to distinguish magic from science. I ask myself if what we know today it is just part of what past generation already knew. Take for example Greek temples. It is believed initially they were made in wooded elements: than with the evolution of society the old wooden structures have been replaced for stone structures, more solid and resilient through time. Conserving only reference in styles or carved motifs in stone, traces of the past structural system just decorate the elements long gone and consumed by the time being.  Textile tradition has been around since the time  human being set foot in this planet. They -only- have survived through ages unaltered in the technique and fabrication (refer to the textile motifs and pattern). I wonder if those same techniques do not hide further concepts and technologies than what it is generally believe, nowadays long forgotten or ignored. Some of the greatest invention of the past century have strongly been inspired by textile pattern and systems, it is not for chances that nowadays our interest go back to e-textile and all the possible ramification will bring into new embedded-system world. Today it is really possible construct intelligent skin that respond to stimuli thanks to integrated pattern that work as sensors, transmitters or receivers. It would be wise revisiting concepts of our far gone ancestor. We could discover they were long more evolved than we think. The archaic is the new modernity: the new industrial revolution that we just start to understand. 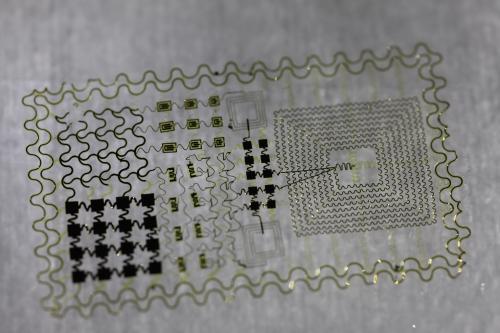